This week at St Peter’s Harrow I gave a talk called “It’s all about Jesus.” I argued that Jesus is not like God, on the contrary, God is like Jesus. Everything we know about God comes from Jesus. I also suggested that we understand who we are, what it means to be human, from Jesus too. We have an eccentric existence. We discover who we are outside of ourselves. Our identity comes from Christ, the representative human who stands both in solidarity with us, and as a substitute for us. This means that what is true of Jesus by nature, is also true of us by grace. It is a unique identity that defines us above all others.

Who we are, our sense of identity, has become a real issue following the Charlie Hebdo attack in France last week. Over the weekend, more than a million people marched through Paris, many of them proclaiming “Je Suis Charlie” in solidarity not only with those murdered, but also with the values for which they died, the values of the Republic, of liberty, equality and fraternity. The brother of a policeman murdered by the extremists, reminded everyone that Muslims hold these values too. His brother, a Muslim called Ahmed, died defending his country. Supporters quickly began using the hastag “Je Suis Ahmed.” One tweet read “I am not Charlie, I am Ahmed, the dead cop. Charlie ridiculed my faith and culture and I died defending his right to do so.” There is clearly a complex set of overlapping and competing identities here.

Unsurprisingly perhaps that part of our identity formed through our nationality stirs when an atrocity like this takes place. This terrorist attack on a satirical magazine feels like an assault on our identity as Brits who value free speech and democracy. Talk of British values of tolerance and decency resonates and it is easy to assert these in opposition to what are perceived to be alien, imported values from a different culture, particularly when politicians use Christian language.

But, as Christians, we must be careful that our sense of identity is not commandeered or hijacked as we react against a particular ideology. Nationalism, even patriotism, is an ideology too, just as much as Islamism It demands our loyalty, it wants us to pledge our allegiance to it. The state offers its citizens another salvation. It offers an alternative eschatological hope of genuine peace and prosperity, if only we would put our trust in it rather than in anything else. It is tempting. But in this ideology, the church is reduced to a voluntary organization, part of a civil society that serves the ends of the state, with a role to play in community cohesion, but little else. More than that, the state offers an identity not only to the church as a corporate body, but also to Christians as individuals. For the modern state is the market state, and in the market state every citizens is also a consumer. That’s not how I want to define myself.

The Apostle Paul calls us back to our identity in Christ, as citizens of heaven, those ‘in Christ.’ He says to the Galatian church “there is neither Jew nor Gentile, there is neither slave nor free, there is no male nor female, for you are all one in Christ Jesus.” (Gal 3:28) Our identity in Christ subverts and relativizes every other identity. Christians no longer define themselves in terms of ethnicity or nationality, gender or sexuality, status or income. Instead our identity is located in Christ alone and we pledge our allegiance to no one else.

In a world that is increasingly polarized by the politics of identity this is a real challenge. We must resist hatred, violence and terror wherever we find them. Jesus calls us to serve the common good, to do good to everyone, to love our neighbours as ourselves. Surely then we can do so because we are Christians, not because we are British.

It has happened. I am a Vicar. Sitting on my desk in front of me are the documents that prove it. I have been instituted as the Clerk to the Benefice of St Peter’s West Harrow, by the Bishop of Willesden. He has invested me with “all the rights and duties of the said Benefice”, committing me to “the Cure of Souls of the Parishioners therof.”Two contrasts, juxtapositions if you like, strike me as I take in this new reality.

The language is formal, archaic even; in fact the tone of the whole service of Institution was objective and legal. Wearing a rather monastic alb and stole, I gave an oath of allegiance to the Queen and an oath of canonical obedience to the Bishop. I was installed by the Archdeacon; who took me to a plastic folding chair on stage that was pretending to be a real priest’s chair. He then took me to the doors of the church and gave me the keys before I read the church notices for the first time. These are the symbols of Institution in the Church of England. They could perhaps be a little more inspiring. It felt more official than emotional and I was not expecting that. I still remember watching the Vicar’s Institution during the first episode of Island Parish over a decade before and bursting into tears as I felt the surge of the Spirit stir my soul with a nascent call into Anglican ministry. Somehow, this time, it was a recognition of something outside of myself, an objective reality experienced at a distance. I suspect that is how it is supposed to be. I am a Vicar not because I feel like it. I am a Vicar, whatever I might feel about it, perhaps even, despite how I feel about it.

All that was in stark contrast to my preparation during the day and the joy of worshipping God in a room full of most of my favourite people. Despite the move from man-to-man marking to zonal defense with three children, I managed to make time to escape to a nearby church to pray. There were no bibles in the church, but there were plenty of Prayer Books so I read “The Form and Manner of Ordering of Priests” in which the Bishop reminds his deacons about to be ordained priest “how weighty an office and charge ye are called” and “how great a treasure is committed to your charge. For they are the sheep of Christ, which he bought with his death, and for whom he shed his blood.” These archaic words struck me with real force. There is an emotional intensity here that brings to life what it means to be given the ‘Cure of Souls’ of a parish alongside the Bishop. It was this privilege and responsibility to care for the bride of Christ that warmed my heart that morning. No wonder the Bishop of London always addresses the church as “Beloved.”

Of course, the bride of Christ, the church, is an historical reality, and it’s here that a second contrast strikes me. The Institution service felt like a lifetime of ministry squashed into one room. It was my own timeline of flesh and blood. Friends, colleagues and church members from every Anglican church I’d ever been part of were there, together with those I’d trained with and been ordained alongside. One of them was there when I was formally welcomed into the Church of England. On that occasion, he’d given me a Prayer Book with the inscription “Welcome to the big picture.” I hadn’t even invited him, but he was there too. A colleague of mine from the East End had said to me when news of my appointment broke “Your entire life has been preparing you for this ministry.” So, in one sense, it was the climax of a journey, a long process.

In another, very real sense, it was a new beginning. Since moving to Harrow in October, I’ve been looking forward to the start of my ministry here, and slowly but surely ideas and plans have been accumulating in my mind. I know I have to pace myself and take the time to do things well, but I was feeling like an athlete at the beginning of a race, muscles and sinews tense, straining, ready for the pistol to fire. On Thursday night, finally, it fired. My focus now is the future, my posture; one that leans in, pushing towards what is yet to happen.

Thursday night then was a strange, potent mix of the objective and the subjective, of an ending and a beginning.

It has happened. I am a Vicar. Pray for me.

In this final part of our series Joy Ride: A Journey Through Philippians, Paul gets practical and gives us some great ways through which we can enjoy God and enjoy life. He gives us an excuse to party, a reason to pray, a challenge to think well, and a catalyst for service and church planting.

The presence of God is the most precious thing available to us as children of God. How should we pursue this presence as God takes us deeper into his glory? Moses encounters with God in the book of Exodus give us some amazing insights into the heart of Moses as he pursues God’s presence. In this talk we look at Moses encounter with God in the thick darkness of the cloud.

In this series we explore the idea that the world is a cosmic battlefield and we are behind enemy lines, but as civilians but as soldiers. The reality of principalities and powers resisting the reign and rule of God is not some primitive superstition but the Biblical view of the way the world works. How can we not only survive, but thrive in this hostile environment? In this talk we explore how we can avoid captivity and live in freedom.

In this series we explore the idea that the world is a cosmic battlefield and we are behind enemy lines, but as civilians but as soldiers. The reality of principalities and powers resisting the reign and rule of God is not some primitive superstition but the Biblical view of the way the world works. How can we not only survive, but thrive in this hostile environment? In this talk we look at God the Warrior who is on our side.

Christians don’t agree about everything. The appointment of a new female Curate is not something everyone agrees with so we explore what it means to disagree well. In this talk I look at differing interpretations of the Bible. 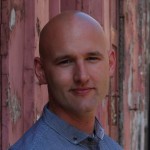 I am Vicar of St Peter's Harrow, a vibrant Anglican church in the heart of Harrow in North West London. I am married to Joanne and we have three little girls called Emilia, Orla and Anastasia. I'm passionate about Jesus so I love the Bible and Christian theology and doctrine. I am also a devoted Chelsea football fan, and a lover of coffee, fashion and road or fixed gear bikes.

Keep up to date